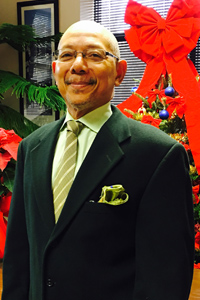 Michael Palmer, Senior Outreach Coordinator for the Center for Community Self-Help, has extensive experience in business, local government, education and nonprofit sectors. He began his career with Arthur Anderson in Boston, Massachusetts, which led to internal auditor positions for several utility companies. From 1987–1999 and then again in 2011, Michael served as Deputy County Manager or Acting County Manager of Durham County in North Carolina. In that role he addressed a number of pressing local issues and managed $120 million of bond-funded projects that helped stimulate Durham’s growth and the early development of the County’s Minority and Women’s Business Enterprise (MWBE) program.

Beginning in 1999, Michael took on new challenges in the fields of education and community development. From 1999 – 2010, he was Director of the Office of Community Affairs at Duke University. In 2011, he joined the Center for Community Self-Help, which is one of the largest community financial development institutions (CDFIs) in the nation. As Senior Outreach Coordinator on the Real Estate team, Michael is responsible for productive communications with communities and neighborhoods where Self-Help makes mission-focused investments.

Michael has served on numerous boards and civic committees, including the United Way and Durham Partnership for Children. Currently, he is on the board of Carter Community Charter School and United Development Inc., and he serves on the N.C. State University Chancellor’s African American Community Advisory Committee.

Michael is a graduate of the University of Rhode Island, and he obtained a N.C. CPA’s license in 1985. He lives in Durham, NC with his wife, Dr. Desiree Palmer (DMD). He has three adult sons and two granddaughters. He enjoys golf and babysitting his grandchildren.